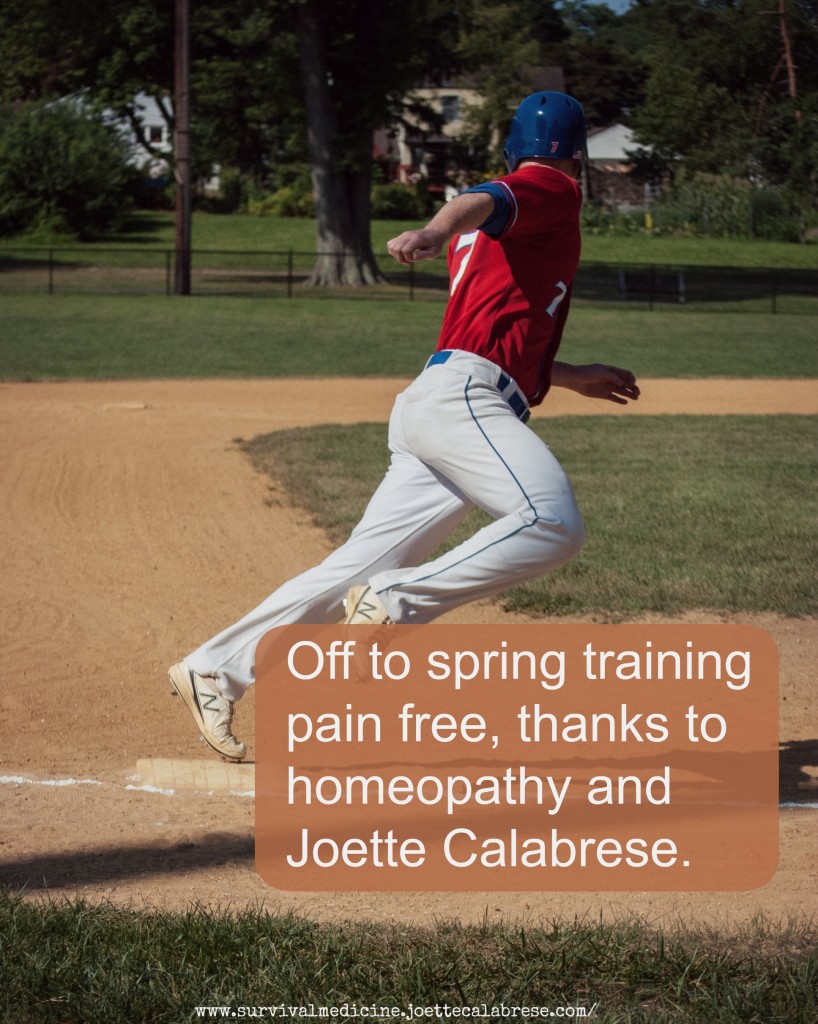 One of the gratifying aspects of my job as a collegiate baseball athletic trainer is that I get to see my ex-players who are now playing professional baseball when they come back to town during the winter. Many come back with the aches and pains that go with playing 162 games a summer, and they come to me for help with these injuries.

One such athlete is an established Major League player who had signed with a new team last season, but was plagued with multiple injuries that flared up during spring training and bothered him throughout his less than productive season. He had a sore shoulder and hamstring, but his biggest problem was his chronic plantar fasciitis, in both feet, that had plagued him for the past seven months. The plantar fascia is a dense network of fibrous tissue on the bottom of the foot that runs from the toes to the heel and provides support for the bones of the foot. Inflammation occurs at the attachment site on the heel and the pain can be almost unbearable, especially upon waking in the morning and taking the first few steps out of bed. As the saying goes, “When your feet hurt, your whole body hurts!” Needless to say, this athlete had endured a miserable summer.

Conventional treatment for this problem includes therapy, non-steroidal anti-inflammatory medications, stretching, injections and even surgery. I have treated athletes with this in the past and it can be very difficult to resolve. However, thanks to homeopathy and Joette Calabrese I have found a better way. On www.joettecalabrese.com I had learned about the Banerji protocol of Symphytum 200C

, along with Rhus tox 30C, taken 2 times a day. The Symphytum is to promote tissue healing and the Rhus tox is for “pain that gets better with motion” (remember how sore plantar fasciitis is upon the first few steps when first getting out of bed). I gave him a water bottle containing the Symphytum 200C mixed with Rhus tox 30C and instructed him to take a sip 2 times a day. He returned about a week later to get another bottle of the remedy and reported some improvement in his morning pain. After the 2nd bottle, he returned about 2 weeks later and reported a complete resolution in his foot pain! He went on to have a great off-season and went to spring training completely pain free. As a side note, his chronic hamstring and shoulder pain had also resolved and when he left for the season, he reported that his body felt better than it had in years.

Thanks homeopathy and Joette Calabrese.

← Homeopathy, the Perfect Pinch Hitter
Shock, Emotion and Keeping Your Wits About You →

2 Responses to Professional Athletes and Homeopathy